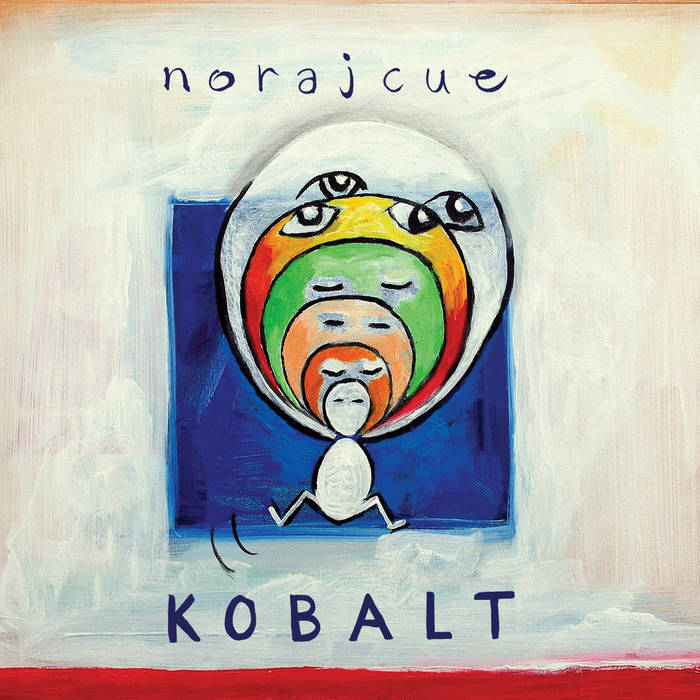 A few times a year an artist album comes along which touches the hearts and minds of electronic music lovers. Where traditional genre barriers are broken and a captivating journey unfolds, where followers of different stylistic blueprints unite in a celebration of sound. 'Kobalt' by Noraj Cue is one such album. The Dutch producer has been experimenting with electronic music for over twenty years, and his ongoing relationship with Paul Hazendonk's Manual Music has allowed his creativity to flourish. On 'Kobalt' Noraj has effortlessly cast the genre barriers aside and crafted a timeless epic which will captivate audiences on a global scale.

It's a tale told over 15 acts which encompass touching melodies, warm harmonies, unique rhythmic structures and a bevy of poignant moments, all wrapped up in a techno state of mind. The album commences with the soothing waves of 'The End Of The Beginning'. It's broken beats, warm swells and meandering melancholia cast a musical tone. There's a hopeful vibe locked in here and one which gets the journey off to a pleasing start. As with many productions the title holds a special meaning to Noraj who reflects "It's the start of a new me. Of something I've never done before, making a debut album where I show my purest self, without feeling bound by some sort of style. But just make music and let the outcome be."

It more than whet's the appetite for 'Earth In Decay', which is a showcase of Noraj's precise craftsmanship. A storyboard of unpredictable keys is a delight with each and every listen, and the minimalistic yet bouncy groove brings it straight to a contemporary dance floor. It's a piece Noraj relates to the world we live in, stating "We tend to celebrate achievements but really, all we do is steal ground from original habitants. It's break and hate instead of love and create, all in an unstoppable, blind rush till the end. It's not only about nature. It's about human behavior where people seem to copy each other instead of being unique and wonderful, by being pushed by some force, or just without notice and fail to understand."

The quirky design qualities shine on 'Blossom' and 'Vervreemd', both of which find Noraj crafting downtempo pieces filled with cerebral messages and tightly programmed beats. These three minute shifts set the stage for 'Forever Brothers', an eight minute plus opus with childhood motifs and one of the albums most heartfelt themes. 'The title says it all' Noraj explains "Morris my oldest son was 2, when Ferron, my youngest son was born. I decided to record them along with myself and my wife Anoek, on a long, cozy rainy day. It's a piece of music which shows my love for the little family and the appreciation of the life I live in this moment. The higher twinkling synths you hear further in the track represent stars, for our first stillborn child and other family members who have passed away, all of which had a profound effect on our lives"

'Universal Love' (which accompanied the LP's first single 'Krankenhouse') confirms Noraj's unique understanding of melody. It's eloquent themes are immediately compelling and capture a timeless elegance not easily conveyed through electronics. You could describe these compositions as intimate but there is a unique story that unfolds within each piece, and thus the album as a whole. The modernized, Moby-esque vibe of 'The Year Of The Exhausted Ox' is one such production, as it's piano cascades and swoonish chords move like a warm summer breeze. Noraj's broad musical Influences are apparent with 'Stubborn To The Bone', a funk infused musicality anchored by romping house beats, which take things in a new and thrilling direction. The kaleidoscopic colours of 'Sleep State' resonate a mesmerizing tranquility while 'Die Andere Zaal' brings things back to the netherworld with a warped and druggy sensibility.

The album's first showcase single 'Krankenhouse' manages to capture Noraj's quirky yet driven style. It's unique rhythmic structure and esoteric qualities sit head and shoulders above most, and delivers one of the albums most forward thinking dance floor grooves. The ride continues with the soulful 'Hoppa & Pompidom' which sets up one of the album's majestic peaks in ' Give Em What They Funk'. Packed with power and drive, the piece flows through systematic builds and drops, at all the right moments, making it perfect for a big open air event.

The album concludes with the aptly titled 'The Walk Back Home'. All good sound stories have a contemplative conclusion and this one gets conveyed wonderfully here. It's cinematic flair, cascading pianos and seaside motifs make for a reflective moment, where long lasting memories are created. As Noraj describes "After the party rush comes the walk back home, as dawn approaches you slip into some serious after talk, thoughts and ask yourself if everything was like you expected, and it was! But you need some serious chill-out time before you fit into that 'normal' life tomorrow." It's a fitting end to a triumphant debut album from Noraj Cue, who has stretched his sonic envelope and taken us to places that we only could have imagined.