How It Is To Be Free 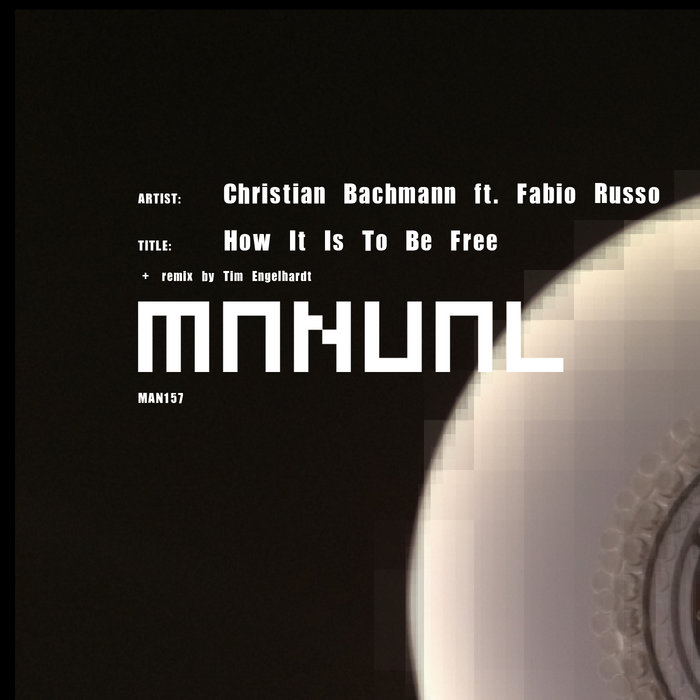 "Christian Bachmann makes electronic music that has nothing in common with David Guetta" reads the short description on his Soundcloud page, and it's one of the main reasons why we've signed his debut album. That- and the fact that this Berlin based producer if freaking awesome, but you might have already known that if you've been following his releases on Mind Field Records, Solid Shape Recordings and his Manual(ism) debut 'Temperaturment' not too long ago.

'How It Is To Be Free' features the vocals of his good friend Fabio Russo and is the first single from his forthcoming debut album 'Premium' which is due for release on Manual in June, an LP that contains 100% analog sounds and synths, so no softsynths were harmed making this album :) Every song has been created in a realtime jam session with his machines..

After Christian left his band soft.nerd he wanted to make electronic music with a singer/songwriter approach (without singing, though) instead of boring lifeless clinical minimal techno you hear a lot nowadays. The vocals he recorded with Fabio were actually meant for another track. but as he could imagine different harmonics when listening to the voice solo'ed in the first place Christian just wrote 'How It Is To Be Free" FOR the vocals instead, not the other way round as was the initial idea.

You'll find 'Revival' on the b-side of this single. It's one of the tracks that didn't make the final album cut, but that doesn't mean it's not release worthy of course. You will hear it when you'll listen to it, and yeah.. the forthcoming album is THAT good ;) With the amount of tracks to choose from we could've easily filled two full albums!

On remix duties we welcome back familiar face Tim Engelhardt. Various releases with his buddy Autm on Manual last year and the forthcoming bomb 'Cara' to follow later this year (already licensed to Eelke Kleijn's Toolroom compilation by the way!) he now takes on the tough task to remix the brilliant title track. Tim takes things to the dancefloor with his interpretation, a 9+ minute building mind trip fully showcasing what the 16 year old is capable of. We're not the only one who noticed his talent by the way, as he's also signed to Poker Flat Recordings, Babiczstyle and Parquet Recordings to name a few..

Check out the official video:
youtu.be/f8nwMtomoYU